These 65 close-up shots from British crop-circles, year 2000, are about a fourth of the detail-photos I took during 10 long August days of practical examinations of English formations. Click on the small photos to get their enlargements. 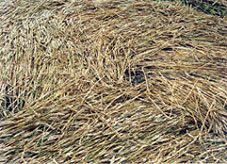 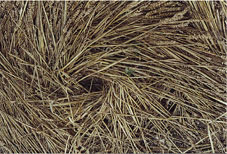 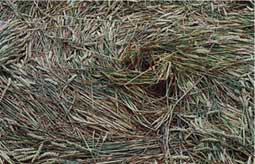 The circles' centers are swirled bare, and there are no holes in the ground. 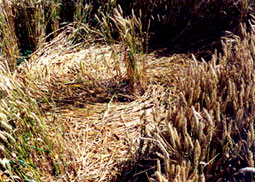 A tiny circle or "grapeshot" found outside a main formation. Often there are many of these mini-circles; usually they're quite nearby, but sometimes they're at a good distance in the field. 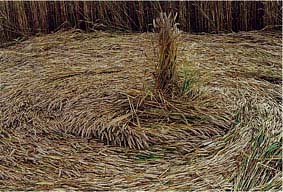 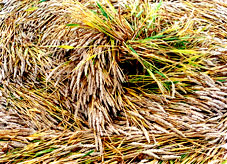 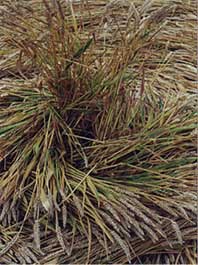 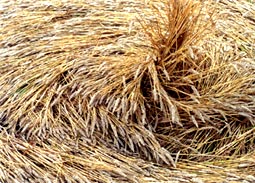 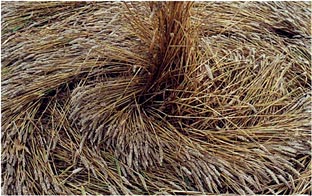 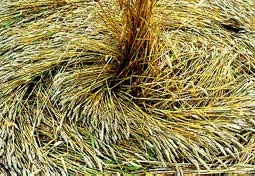 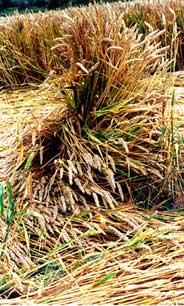 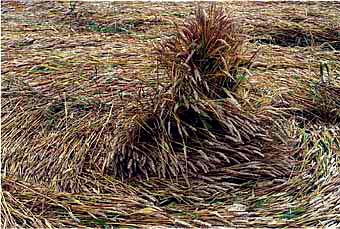 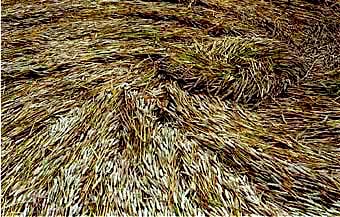 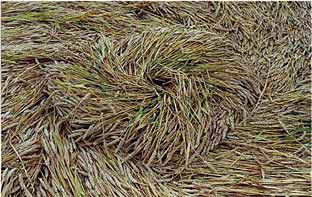 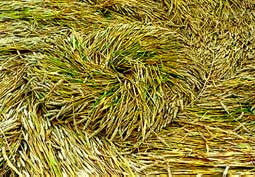 These last 11 photos were all from the above formation. Each standing "center" of the 9 outer laid sections was different and only some are shown here. In my opinion, the complexity of the whole formation's center (see enlargements of the final 3 "nest" photos), which charming spiralling rows lead up to, and which was tightly woven from still-attached crop, by itself defies human creation. Common sense says that to make all these impressive details and the geometrically precise and sharply cut standing formation pattern too, in one short summer night, is beyond our ability. 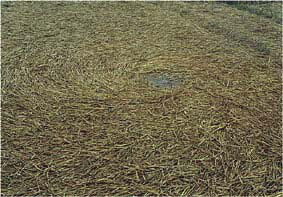 In this 6-week old formation, the straws in the actual center have been trampled flat by the many visitors. 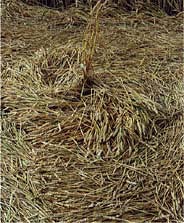 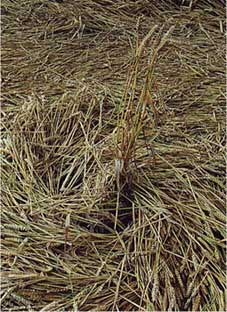 An unsual s-curve with a standing tuft, which was a totally localized detail in an outer section, not part of a larger swirl.